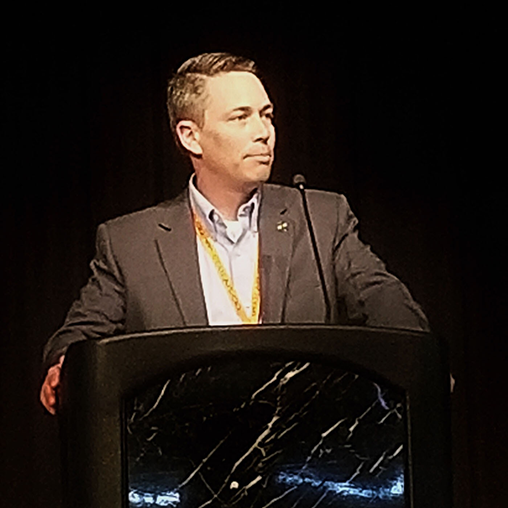 Brandon Dew has been a member of the Operating Engineers Local Union No. 3 since 1994 starting as a Heavy Duty Repairman (Diesel Mechanic) for Geneva Rock Products where he became involved with his Union as a Job Steward and helped on the negotiation committee there. In 2001 he was offered a position as an Organizer with the Operating Engineers and has held various positions while on staff since that time including Dispatcher, Business Representative, District Representative and most recently Guard. He is proud to wake up every day with a goal of making the lives better for all the members of his Union and working families in the state of Utah. He is currently President of Central Utah Federation of Labor, AFL-CIO (2012), Chair of the Salt Lake County Labor Caucus (2013), Co-Chair of the Old Fashioned Labor Day Picnic, and Trustee of the Utah Building and Construction Trades. During this time Brandon has been active at all level of Utah politics. Having been Deputy Campaign Manager for Congressman Ben McAdams in his first race for Salt Lake County Mayor and has assisted in innumerable campaigns up and down the ballot from Presidential races to City Council seats for over 2 decades. Of all the things Brandon has done the thing he is most proud of are his wife of 25 years, Nickole and their children Maddux and Brooklyn.