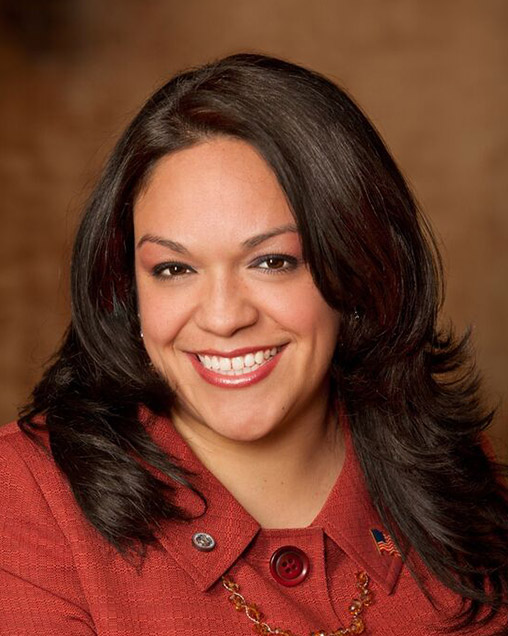 Website: www.luz4utah.com
Facebook: www.facebook.com/Luz4utah
Twitter: @SenatorLuz
Luz Escamilla was overwhelmingly elected in November 2008 to represent Utahns in Senate District 1. As a Senator, Luz has been working for better schools and educational opportunities, effective public safety programs for all children, and an expansion of health care and the uninsured and children. In addition, Sen. Luz Escamilla is the director at Zion’s Bank Business Resource Center, assisting new business ventures and establishing businesses seeking to achieve maximum growth potential.

Luz Escamilla has represented Utahns from District 1 at the local, state and national levels. Because of her leadership she was named as the “Fifth most influential person in Utah” in 2010 by the Deseret News, and her legislative work has been highlighted in national media like the Washington Post, CNN, On The Record with Greta Van Susteren, Fox News, along with many others.

Sen. Luz Escamilla wants to continue serving YOU as the Democratic candidate for the Utah State Senate. She wants to put her education, experience and energy to work for all the residents of Senate District 1.

As your State Senator, she has worked to address the problems facing you and your families. Luz will continue working to bring sensible solutions to the day-to-day challenges for working families and neighborhoods.

With a commitment to social justice and equality, Luz Escamilla earned her Master’s Degree in Public Administration and Bachelor of Science in Business Marketing from the University of Utah. She was also selected to be part of the first national Women’s Law Center leadership Co-Hort in 2005.