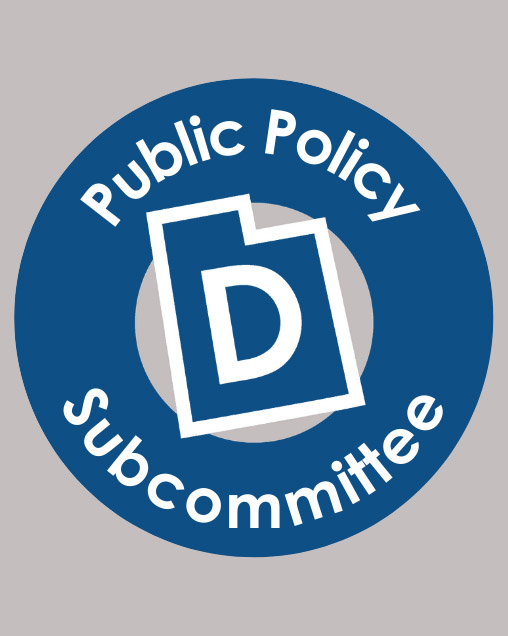 The Public Policy and Platform Standing Sub-committee shall be responsible for submitting the platform or resolutions reports to the State Conventions; creating task forces to study issues for the Utah State Democratic Party; compiling research on issues for use by candidates for public elected office; and acting as advocates for issues endorsed by the State Central Committee. The Standing Sub- committee may also provide for the formation of sub-committees or task forces to study specific issues that include as part of their membership a designate of the Democratic Party Leadership of the Utah State Legislature, and other persons who can provide expert knowledge on the issues addressed by the task force. The Standing Sub-committee shall also perform the following:

(i) Draft Platform. A draft report shall be prepared under the direction and with the approval of the Chair of the Utah State Democratic Party.

(ii) Proposals for Inclusion in Platform. Delegates and others may submit proposals for inclusion in the platform to the Chair of the Platform and Policy Standing Sub- Committee. All proposals to be considered by the Standing Sub-committee shall be submitted in writing at least sixteen (16) days prior to the convening of the State Nominating Convention. All proposals shall state the proposition in a clear and concise manner. The Chair of the Standing Sub-committee shall have authority for good cause to allow consideration of proposals submitted after the deadline, with the agreement of a majority of the membership of the Committee.

(iii) Amendments to Platform. No one other than a voting member of the Standing Sub- committee may propose an amendment. The amendment process shall be on a section-by- section basis, unless otherwise determined by the Standing Sub-Committee Chair. No motion or proposition on a subject different from that under consideration shall be permitted under color of the amendment.