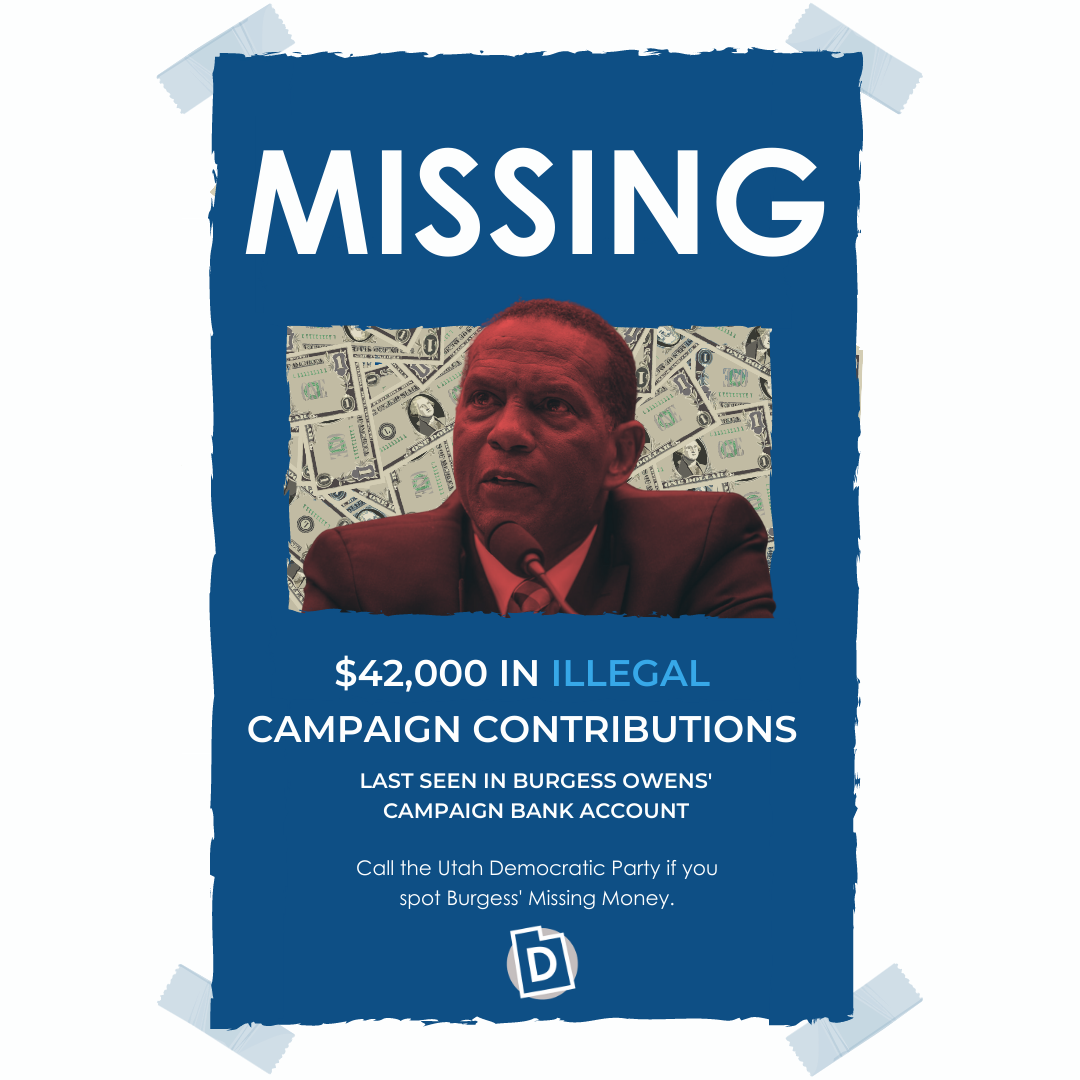 SALT LAKE CITY, April 19th, 2021 — Posture, proselytize, and when the going gets tough, just dodge. That’s the M.O. for Utah’s Q-Anon Congressman Rep. Burgess Owens, and it was in full force on Satuday at the Malouf Foundation’s 2021 anti-Human Trafficking Summit. Asked pointedly by SL Tribune reporter Leia Larsen if he’d return a $2,000 donation from Rep. Matt Gaetz, currently under federal investigation for child sex trafficking, Rep. Owens went right back to the playbook, with a classic dodge about sticking to the focus of the day’s events.

Utah Democrats disagree. If the focus of the day’s events was to show our Republican leaders’ staunch opposition to human trafficking, the return of a $2,000 donation is petty change. “Two thousand dollars from Matt Gaetz is not a huge amount of money to return to show the people of Utah that not only does he believe that sex trafficking is wrong, but he’s also willing to stand behind what he has to say,” said UDP Chair Jeff Merchant yesterday when questioned by Fox 13 on Rep. Owens’ hypocrisy.

“It shouldn’t be shocking to Utahns to see their representative dodge this question. That’s exactly what we’d expect out of Rep. Owens, who ran a campaign based on fictions and misrepresentations of his opponent,” said Merchant. “Burgess Owens should return his donation from this alleged trafficker if he truly stands for this issue, and for Utah values — or otherwise, he should at least not dodge the question. What does Burgess truly believe?”

The Utah Democratic Party is the face and voice of Democrats in the State of Utah. We believe that Utahns deserve strong, competent leadership that puts the people and democracy first.